Welcome to the 2020 Rural Symposium

On behalf of the board of TUANZ and our support partners, I would like to thank you for your patience in this year of disruption and several date and format changes around this years Rural Connectivity Symposium. This is now the sixth such event but the first that is online rather than being in person. We know the topic is to important to let go and that the event is incredibly valuable as it re-energises the discussions around the future of connectivity and technology in one of the most important sectors for our future prosperity and wellbeing in New Zealand.

Our objective of this event is to provide you with the perfect opportunity to help shape the future of rural connectivity, whether you are an end user, a business involved in providing services in rural NZ, a government employee, or a provider of connectivity to rural NZ. We think this is a unique chance for you to hear the latest plans and hear about aspirations for our future. The follow up workshops will be a great opportunity to collect stories and share ideas. I encourage you to participate fully and hope you enjoy the day.

Your valuable contributions will be used to inform the many submissions we make to the key decision makers, where TUANZ campaigns for fast, robust and affordable connectivity that supports all of our rural communities. 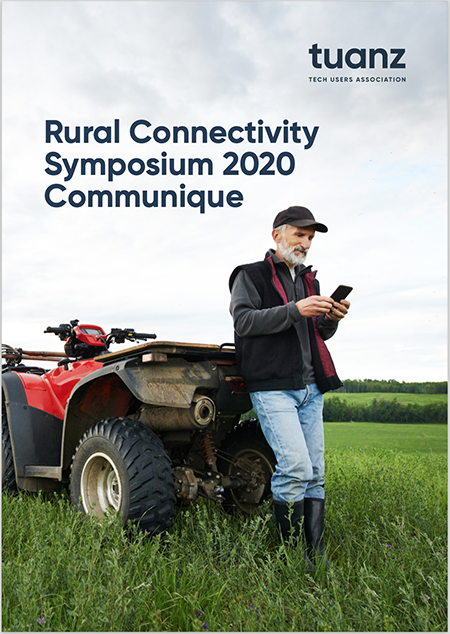 DAY 2
Our aspirations: where we are headed and what do we want?

Kris was elected as the Member of Parliament for Mana in November 2010, following more than a decade working as a journalist at both TVNZ and the BBC. As Minister for Broadcasting, Communications and Digital Media, he is committed to bridging the digital divide to allow consumers and business to benefit from technology, and to ensuring New Zealand culture is reflected in broadcasting.

1:30pm – Update on the Government’s Programme

Graham Mitchell is CEO of Crown Infrastructure Partners, the Government agency responsible for funding and managing the UFB, Rural Broadband and Mobile Black Spots, Regional Digital Connectivity Programmes, Infrastructure Funding Financing and Infrastructure funding as part of the COVID-19 recovery. Prior to CIP, Graham was CEO at Private Equity and Venture capital funded technology businesses and was also a senior executive of Telecom NZ in New Zealand and Australia.

Mike Smith is the CEO of Ultimate Broadband (UBB), a Wireless ISP that Mike started in 2009 to provide broadband to regional and rural customers in Mid Canterbury.  UBB has now a full service communications provider over the Canterbury region.

Mike is also the Chair of industry association WISPA.NZ which gives Wireless ISPs a common voice and presence. Its 23 member companies are regional telecommunications companies. All of them use wireless technology to deliver affordable high speed broadband to the most challenging of rural areas, while most also resell fibre and other related services.

Anna has a solid track record in the Satellite Communication and Broadcast industry.  Anna has a wealth of knowledge and experience from her career with major international communications and media services companies, such as Arqiva, Level 3 Communications (Centurylink) and Telenor.

3:00pm – Our progress and update on what’s coming

John’s extensive experience in radio, telecommunications and infrastructure has seen him seamlessly step into the role of CEO at RCG and lead the team to deliver the projects ambitious targets.

With his passion for motivating and leading teams and his ‘make it happen’ attitude John has made a huge impact at RCG. John has considerable experience in all aspects of senior management, spear heading substantial telecommunications projects over the past 25 years including CEO of Telecom Cooks Islands where he was” hands-on” in all aspects of the network and was responsible for over 200 staff.

John has held senior roles in NZ working for Spark, The Warehouse Group and 2Degrees where he has proven his ability in making the big decisions, managing resources and operations and deftly managing communication between the Board, the Shareholders and corporate operations

1:10pm – Setting the scene on technology

With nearly 20 years experience in the industry, Vanessa has played leading roles in significant change environments. She’s an expert in complex stakeholder strategies and policy change interplays with commercial operations, particularly regulated infrastructure businesses. She’s played various roles in governance and organisational change during her career in the public and private sectors. She was the General Counsel & Company Secretary at Chorus between 2011 and 2018 leading a range of functions and programmes including the turnaround in 2015 of the regulatory decisions that implied a billion dollar funding gap.

As a leader Vanessa is passionate about people and culture. She takes a values-based and outcomes-focused approach. She is an Associate Certified Coach (ACC) and a member of the International Coach Federation. She’s actively involved in the development of others both inside and outside her organisation.

Vanessa has an LLB (Hons), postgraduate certificates and is a member of the New Zealand Institute of Directors and a Graduate of the Australian Institute of Company Directors.

Fiona Gower is the National President of Rural Women New Zealand and is a true “rural woman” having lived and worked in the rural sector most of her life. Much of Fiona’s career has been in the rural service industry. It was the start of her role ensuring that people understand the pivotal role women play in the rural sector, as leaders and decision makers and to have women recognised for the contribution they make to their communities and to the economy.

Along with being National President of RWNZ, Fiona is the Chair of the Rural Communities Trust and NZ Landcare Trust. She is also the Deputy Chair of the Waikato Conservation Board and has many other community roles including being a Scout Leader and Surf Lifesaver and Instructor

When not busy with these positions, she is very much at home working on the farm where her partner works, caring for and supporting her two children and helping out in the local community, taking time to enjoy fishing, walking and sitting down with a good book.

Sarah Clarke is a senior rural doctor with experience ranging from emergency medicine to expedition medicine to general practice and many things in between. She is currently working in Rural Hospital Medicine in Kaitaia and around the country while also studying for her Master of Public Health on an attachment to the Ministry of Health central Covid response.

Sarah’s interests include health equity, systems, and the use of information technology and communications to make the most of health care.

Rachel is a professional with a background in Science and Business and for 15 years worked on public and private sector projects including large infrastructure developments in the UK and NZ. Dairy farming is her livelihood as she and her husband milk 700 cows on 300 hectares south of Rotorua. Until recently she worked with DairyNZ’s DairyBase team, managing special projects focusing on farmer liaison and engagement.

Over the past 3 years she has been involved in bringing together a fantastic team of Rotorua leaders, all on their own individual leadership journeys, in our Business Groups Pilot. Rachel is proud to be a NZ dairy farmer feeding the world and proud to be a woman in dairy.

3:00pm – Connectivity on Marae are transformative

Adam is a passionate advocate for leveraging the benefits of digital technology for learning in schools and providing equality of information in every home. A Raglan boy, he combines his love of technology, passion for culture and community, and belief in digital transformation to implement and drive change in the region and beyond. He shares his passion and knowledge as technical advisor to NPeW, representative for school principals and advisor to Noel Leeming Commercial Team.

Andrew is originally from the Bay of Plenty in New Zealand, and of Tūhoe descent. He returned to New Zealand in 2017 after a 20-year career in the food industry holding varying senior and executive roles, with 15-years working in Asia, Africa, the America’s and Europe for Irish, Japanese and New Zealand Food Groups.

He is an Associate Director at KPMG and has a multifaceted role as Food, Agribusiness and Export Lead developing and positioning KPMG New Zealand’s agribusiness strategy with KPMG’s Global Head of Agribusiness, Ian Proudfoot. He works with organisations in our primary industries helping clients manage their risk and grow, especially those who identify as being export-orientated.

H.E. Peter Ryan, Ambassador to NZ from the Republic of Ireland

Peter Ryan has served as Ireland’s first resident Ambassador to New Zealand since August 2018. Peter is a graduate of UCD – University College Dublin with a BA and MA and following graduation Peter joined the Bank of Ireland (1990-94).

Peter’s diplomatic career began in 1994-1997 when he joined the Department of Foreign Affairs and Trade, Anglo-Irish Division and served with the International Fund for Ireland, of which New Zealand is a member, to support the promotion of reconciliation on the island of Ireland.

Peter’s first posting was to the Embassy of Ireland in Tokyo, Japan (1997-2000), he then moved to Seoul, Korea where he served as Deputy Head of Mission from 2000-02, before returning to the Bilateral Economic Relations Division (2002-2004) in Dublin.

Tony is Vodafone New Zealand’s Wholesale & Infrastructure Director, and the businesses senior technology leader, with more than 30 years’ experience in the telecommunications industry spanning New Zealand, the UK and Australia.

At Vodafone NZ, Tony is responsible for the delivery of all core infrastructure including networks and platforms for both consumer and enterprise customers as well as cybersecurity, enterprise-level IT systems and overseeing the wholesale team. Tony joined Vodafone NZ in 2010 from rural broadband provider, Farmside, and has worked in various telco sector roles including Telstra, Kordia, Nortel Networks and STC. He holds a Bachelor of Engineering from the University of Auckland.

Kristy McGregor is the publisher of Shepherdess, a new magazine that launched in March 2020, about rural and regional New Zealand; particularly, celebrating the roles women play. Alongside the magazine, Kristy is working on a number of storytelling projects and events that connect women in rural New Zealand.

Prior to Shepherdess, Kristy worked in community engagement and resource management policy roles. She still provides support to organisations and farmer groups, including grant writing and project management. Kristy has a Bachelor of Social Science in Asia-Pacific Governance and Development, and a Masters of Agriculture. She lives on a farm in the Horowhenua.

Melissa entered Parliament as a National list MP following National’s victory in the 2008 election. Her election made her the first Korean women to hold office outside of Korea in a National Assembly, and New Zealand’s first Korean MP.

Robert Barry is an Elected Board Member of NZ Young Farmers and works as a Land Management Officer at Bay of Plenty Regional Council based in Rotorua.

Previous to this Rob worked as a dairy farmer in Central Hawkes Bay and fully understands the frustrations with poor rural connectivity.

See you at the 2021 Rural Symposium 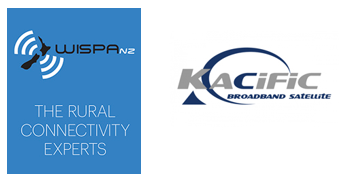